As I mentioned, I have two jobs. When I’m not slinging salsa, I’m a Brand Ambassador for a company that makes cookware. For the first time, I was asked to join the team at the Housewares Show this year. I howled at the moon with excitement. My job was going to be cooking and talking all day long, skills at which I’m quite proficient.

The HS is an extravaganza where you can find every widget, gadget, or gizmo that a cook 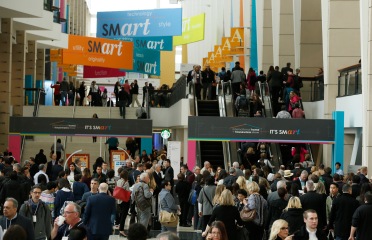 would ever need, from boiling water to trimming the tops off of quail eggs. All the Who’s Who of my company were in attendance; My boss, Mary; many layers of bosses, even the brand new CEO of all North America (for our purposes Mr. Grant). Mr. Grant came with the added anxiety-inducing bonus of being an unknown commodity. Speculation about him was running rampant.

In this kind of situation, for my job security, I decided to implement a two-part strategy that I had first developed in third grade and have since perfected:

#1 – Don’t bring attention to yourself; fly low, just enough under the radar so not to be seen by higher-ups.

#2 – Partner up with someone with experience and a big personality to hide behind, which supports #1.

Frank was the perfect #2. He is a middle-aged salesman for the company, master of his 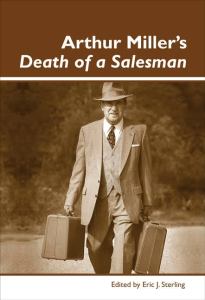 craft, something right out of a Tennessee Williams play. He makes Ron Popeil look like an amateur carney barker. I needed to find him and get him on board, STAT! With barely one foot in our booth, I was handed a newly developed pan with a heat sensor that selects the perfect cooking temperature. I had never seen nor touched one of these babies before, so if I was going to demonstrate the benefits of this pan I better take it for a test drive. I cranked up the electric stovetop and stirred up the pre-made demo pancake batter. What could possibly go wrong? I make waffles every morning.

Out from behind the fake wall behind me, my boss, Mary appeared. “Look alive. Mr. Grant with the all the bosses is heading over.”

Mr. Grant stood before me, arms folded. “Well you are our first demo of the show. Show us what you know.”

There it was. That moment of dread when the teacher calls on you and you aren’t prepared. I froze. My eyes looked just like the two dollops of batter I had plopped into the pan.

I know I wish I could pull a flying pig out of my butt right about now. Instead…

“Well I know this is a new technology.”

Nothing was working. Not the pan, not the stovetop. Nothing!

“I know I am the perfect customer for this new technology since I cook all the time. And I am a very, very, busy, busy mom.” Killing time, I waited for the pan, the technology and my brain to fire up. I flipped the pancakes that were about as appetizing as plaster.

“May I try?” Mr. Grant walked around and began cooking. What do I say? Do I say my true opinion or more of what he wants to hear? I hope they were wrong and he wasn’t at all like Louis XIV executing people at random. He cooked, I agreed, he flipped, he left.

At the same time, Marie Antoinette was screaming from the coffee area, “Get out! You idiot! The machine is ruined! “

Moments later Mary walked over with Frank, my #2, in tow. “Frank, you’re with Leslie.”

“All the bosses were just here. I’m so nervous.” I confessed.

Frank was so reassuring. “Don’t worry, I’ve done a million of these trade shows. I’ve got your back, just as long as I don’t have to make coffee. “

”I’ve never really used that $3,000 machine before so when she asked me to set it up I may have inadvertently put the water where the beans go and shorted it out.”

That could happen to anyone.

Frank was a pro. The coffee incident didn’t seem to sway him at all, his confidence as sturdy as a rock. I watched him in awe the rest of the day, talking to reps about the wonders of a pan he knew nothing about. He spun 5 key words into a whole story of unparalleled success.

At 7:00 the next morning I decided to sneak down to the hotel lobby and grab a quick cup of coffee. The elevator doors open and who should be in the elevator alone? Mr. Grant! Yikes!

“Good morning.” I said. “Are you enjoying the show?”

It was a long 18 floors down, while I chatted nervously about the pan, the show, the weather, anything.

Frank was waiting for me early at the booth. “What’s on our agenda today?”

“Rice pudding in the pressure cooker.”

While I prepared the cooker the pressure was on us to preform for the QVC buyers. I listened to Frank expound about the virtues of pressure cooking. “Many people are afraid of these machines, me included. But not now…”

I was in capable hands. I bent down below to pull out the serving cups.

“IT’S A BOMB! TAKE COVER!” I shouted, and hit the ground. There was a haunting silence as a sugary, milky goo covered my back, the cooktop and QVC.

Who takes the lid off a pressure cooker before its ready?

Frank whispered, “I’ve actually never used one of these before.”

The next morning at 7:15 I waited for the elevator going down to the lobby. When the doors opened, standing inside was Mr. Grant. You’ve got to be kidding me. What do I do? What do I say? What if I fart? I’ve been eating a lot of rich food and my stomach hadn’t been right. We rode in silence. Needless to say, new speculations were running rampant now based around me and Mr. Grant walking out of the elevator every morning together to a packed hotel lobby.

Today, I don’t need to tell you that I wasn’t surprised when Frank, while demonstrating the pans, burned several cups of sugar to a crisp with enough flames and smoke to set off the fire sprinklers in our area.

“Whoa, guess I have the heat up too hot. Don’t worry darlin’.”

Here it was the last night of the show on which, the company every year hosts a party that is legendary. This had the potential to be awesome, a packed nightclub; a live band; open bar. But remember this was a business affair. I still needed to honor the #1 Strategy.

Then shots came around on a silver platter. One wasn’t going to hurt. We toasted our success, and many successes to come. Many… Mary looked at me, “Let’s dance.”

Part of the Strategy is to follow the boss’s orders. Besides, I love to dance. So off to the dance floor we went.

It’s hard to say, was it the shots of Patron? Was it the 14 year-old girl trapped in me calling the shots? All I know is when the band’s lead singer reached h

is hand down and invited me up to the stage, I couldn’t say no. Did Courtney Cox say no to Bruce Springsteen? I was Dancing In The Dark in front of the crowded room for all to see until 2 in the morning. And in the end, all I could do was reach my arms out over the crowd and shout “THANK YOU CHICAGO!”

The final morning at 7:30 was rough. I was packed and ready to fly home. The elevator door opened and, well, you know…

I stepped inside. “Leslie,” Mr. Grant knew my name? “Have you noticed that no matter what time in the morning it is we always seem to ride in the elevator together?”

Or part of a new strategy I’m developing.

The door opened, he paused for a second and left. Wait did he just say, 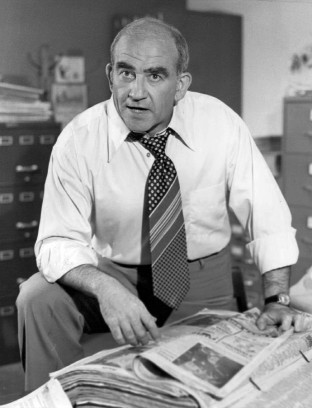 Cheers! And remember every time shot glasses clink a drunk angel gets a new liver!

Till next time, Live with waffletude.