It seems like 10 minutes ago, or 10 weeks ago or maybe even 10 months ago, but the reality is… it was 10 years ago that Huey first started going off to summer camp. Today I dropped off a teenager at the airport to go to his job as a camp counselor for a YMCA camp. While I waited for him to check in, I transported back in time to when that little boy and I did a week together at a Cub Scout Camp.

Back then the Cub Scouts had a program that if a parent helped out for the week the cost of camp was cut in half. A win win for me. My job was basically a volunteer sheepherder. Huey learned how to shoot a bow and arrow, and a BB gun, he played games, sang silly camp songs about baby sharks and performed odd ball skits. But this is not about what life skills Huey learned at camp. It’s about what I learned at camp.

When we arrived at the Cub Scout Camp, Huey was wearing a t-shirt with some inappropriate slogan on it like Don’t eat yellow snow, shorts, sneakers. He could have been cleaner, his hair tussled, which is a polite way of saying dirty and hadn’t seen a brush in weeks, and he still had some breakfast on his face. Come on its summertime.

The first thing I noticed was…

Cub Scouts come in all varieties…

Chicken Pox? Really? Is that the best rhyme they could come up with?
Whereas most of the other cubs were dressed similar to Huey, one den stood out. All of these boys wore crisp-ironed scout shirts tucked into clean blue shorts. Not a hair was out of place. Whereas they all suffered through their share of wiggles, one look from their den leader and all the wiggles were squished like a boot to an exposed earthworm. What mystical power did this den leader have over them? I had to find out.

Heading down to the range I caught up with this older African American woman who wore sensible shoes.

“That’s nice. Are you their den leader?”

“We’re from the United Church. I’m their den leader.”

I knew that church. It was in the worst part of town. That area was in the newspaper with gang related shootings all the time.

“My sons were in cub scouts and they went on to be Eagle Scouts. Most of these boys don’t have fathers around, or they’re working 2 and 3 jobs. I work at the church and I think scouting is a good program. We do the scouting as after school care so they won’t go home to an empty house and get into trouble. Boys will be boys.”

“They have to be. These boys don’t take coming to camp lightly. We’ve had to work all year very had to raise enough money for each boy to come here. It was all or none. We’ve done so many car washes, mowing lawns, selling candy at the markets…”

I interrupted her, my mouth dropped open. “My God you mean those kids selling candy at the market so they could go to camp really were trying to raise money to go to camp? I assumed they were trying to make a fast buck by scamming me.”

That ended the conversation abruptly.

They broke us up into smaller groups. Luckily, we were together with Gwen’s group. So, there we were all thrown together in a sort of humanity stew, put to simmer all day in the sun. In our smaller group we had Lance, Quince, Evan, Jonathan, Logan, Huey, Anthony, his brother Star, Trey and David.

As diverse as this group of boys were, one thing united them in solidarity – Spaceballs, the

1980s Mel Brook classic spoof on the Star Wars saga. That said it appears Spaceballs had become a cult film with 9-year-old boys. At any given moment someone would scream out one of the punch lines, totally out of context, sending the group into unbridled laughter.

At camp, this was Pirate Week. All songs, games, skits were pirate themed. The camp leaders wore striped shirts and eye patches and finished every sentence with rrrr. On this first day a chest filled with pirate booty was paraded around. The treasure consisted of candy, plastic weaponry and a black pirate scarf printed with skulls and cross bones. Throughout the week each camper earned gold coins for winning events and good cub scout behavior redeemable on the last day. Immediately that scarf caught Huey’s attention. Every day he eyed that scarf and counted his coins. 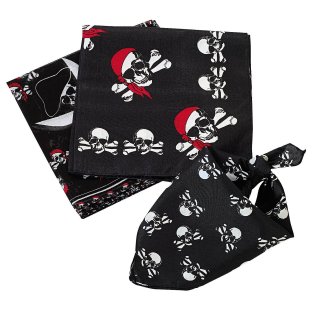 On the afternoon of day two, out of the blue, not really because that’s how boys are, two of them starting arguing. Huey gave me that do something look.

“You are stupid.” Star replied.

Gwen looked at me, “That’s really not going to do much good, now is it?”

She put the two boys together, knees touching. “Here is your opportunity to say something nice to one another.”

“Well you knew him well enough to call him stupid now didn’t you Mr. Cooper?”

You know you are in trouble when you are called mister. She addressed our group.

Lesson #1 – “If you can’t use your words to make someone feel better, not worse, than you don’t need to speak at all for an hour or until you can only think of nice things to say.”

Before the hour of silence was up the two boys apologized, followed by simultaneously grabbing their crouches, shouting “Yes sir, Dark Helmet.” And the battle was done. Laughter prevailed.

The first event was a Regatta, a team building exercise. Each boat had two boys. The object was to paddle across to the finish to collect gold coins. Most of these boys had zero experience in rowing. Immediately the USS Huey started spinning in a circle.

But the boats with Lance and Quince at the helm, were cruising beautifully as if they were rowing for the gold on the Potomac. The Harvard Men’s Rowing Team couldn’t have done it better. Oars up! Oars down in perfect syncopation. Neck and neck to the finish line. It took quite a while before all boats managed to return to the dock. The last boat in had the two brothers. Tired, frustrated this hot pot of stew was ready to boil over.

Star lashed out at Anthony, “This is all your fault. It’s always your fault. Everything. Even Dad. Looser.”

Anthony held back the tears until he could hold it in no more and began quietly sobbing. It was like something out of an August Wilson play. I totally freaked out. I hate to say it but this kid was starting to get on my nerves.

“What a cry baby.” I muttered.

Gwen was unclipped. She took Star aside and spoke to him quietly before sending him back to join the others.

These cubs knew first hand, more than anyone, the complexity of the 9-year-old psyche. Immediately they surrounded Anthony and tried to console him. Not once did anyone mock another’s tears.

“HUEY! What the hell? What did you just say? I can’t believe you said that!” I scolded him.

Huey was surprised, “Mom, it’s from the movie.”

They all giggled. I could tell Gwen did not tolerate foul language but in this instance she pretended not to hear.

Then another boy, “Is there anyone else here named Asshole?’

All the sanctimonious scouts raised their hands. And then in one big healing burst of laughter as they all shouted, “Assholes. I’m surrounded by Assholes!”

Lesson #2 – Be more compassionate and helpful to total strangers without judgment.

Over the course of the week our small diverse group merged together as a team. And ended up being the winning den for the week.

Sadly by the end of the week Huey had not earned enough gold coins to get the beloved pirate scarf. He was very disappointed.

“I can go to the dollar store and buy you one.”

Right when he was deciding on maybe something else he noticed one of his new friends was crying because he too was short on coins. He walked over to Star and I saw them counting their coins together. Huey without a second thought handed Star all of his coins.

“WHY WOULD YOU DO THAT? YOU WON THEM FAIR AND SQUARE!” I busted out, “When there is so much other crap here you can get that you won’t want in a week?”

Shrugging his shoulders, Huey answered, “That’s okay Mom. Today is his birthday. He deserves it. He just told me he isn’t getting any gifts ‘cause his mom is saving for a new car.” Star thanked him with a hug, took the additional coins and got the prized scarf.

“Yea.” He smiled. I think he was more than okay.

While saying our good-byes a camp counselor came up to Huey and surprised him with a pirate scarf.

With the week over I wanted to tell Gwen how impressed I was with her and with her Cub Scouts. I had never met a wiser person in my life. I envied the power she held with just one look. I thought about driving by that church many times but never quite made it.

Back to the present, Huey was finished checking in and waved good-by.

I rolled down the window, “Don’t forget to text me when you arrive.”

“Don’t forget to charge your phone.”

My final camp lesson – “May the Schwartz be with you.”